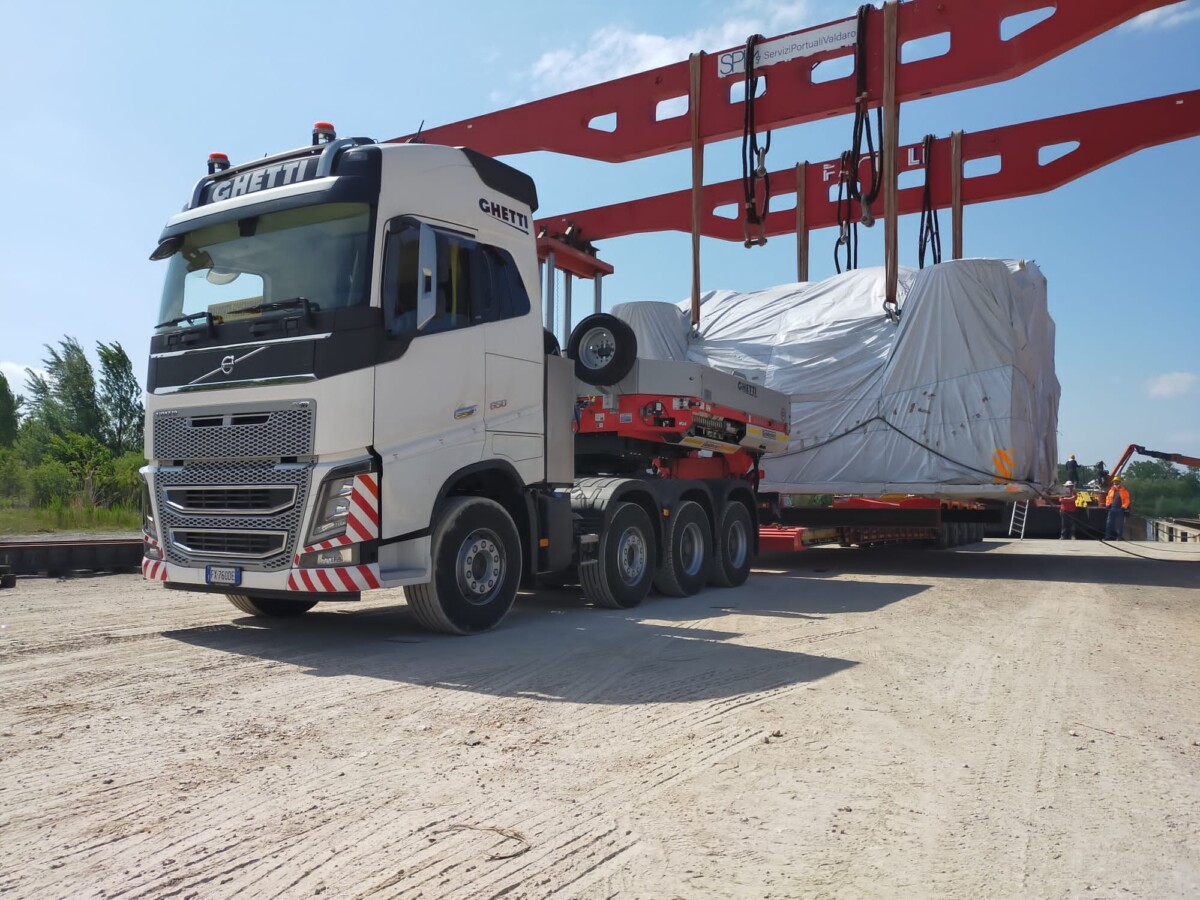 The two exceptional transports we talk about in this post are, in our view, a synthesis of a well-done teamwork.

We are talking about the transport, from the Province of Brescia to Marghera, of two very large parcels… Two facts about all: width 7.60 meters; weight 70 tons

After a careful analysis on paper, completed by various inspections “on the road”, the itinerary was defined. A mixed route, road and water, to successfully reach Marghera.

We used our latest arrival, the 8-axle cradle semi-trailer (for one of the two transports used completely and for the other with “alone” 5 axles), coupled to our 4-axle road tractor.

The first part of the route unfolded from the starting point, precisely in the province of Brescia, to the river port of Valdaro -Mantova-. The two packages were transported by the same vehicle in two consecutive nights; at that point the transshipment of the two hills was carried out on a barge which, by river in about 24 hours, reached Marghera.

At that point the pieces were again transshipped, this time from the barge to our vehicles, and reached their final destination. 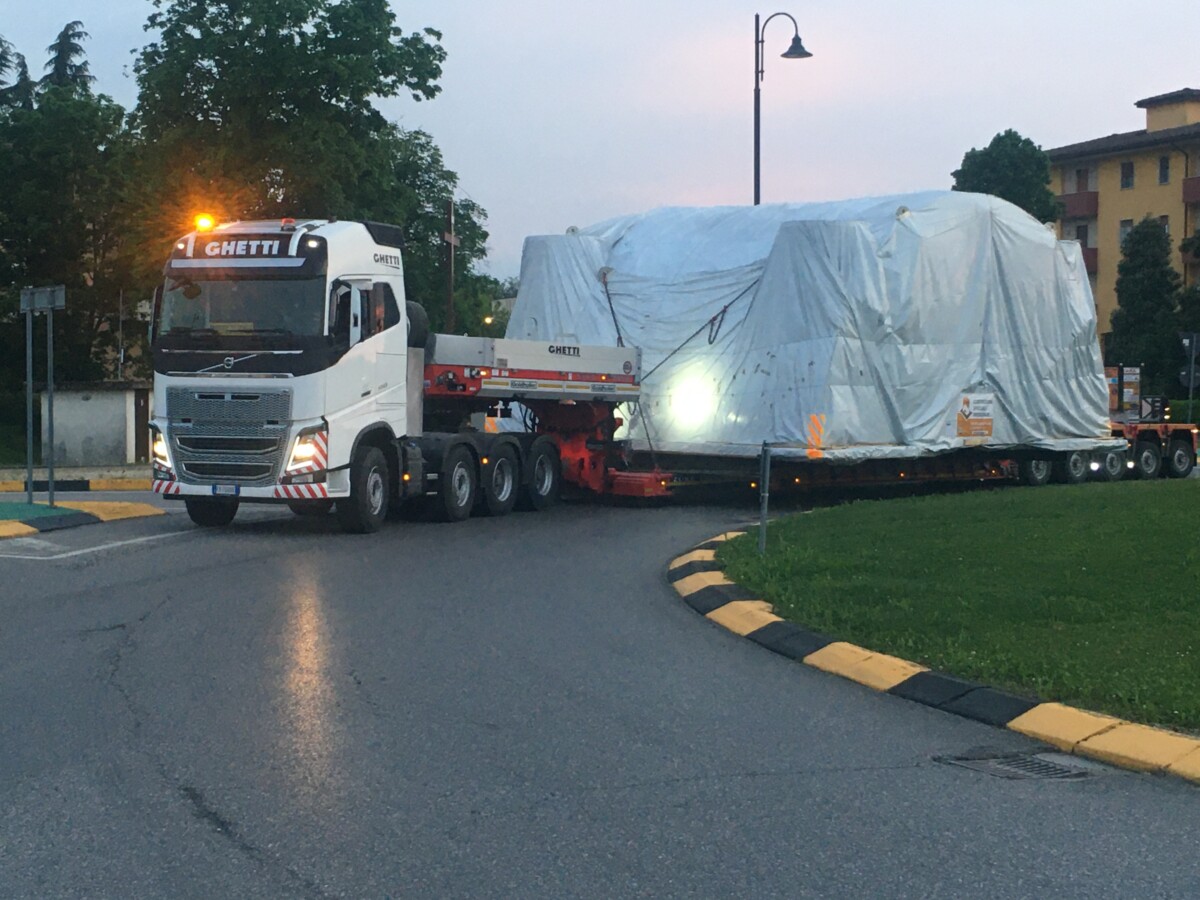 It is really not possible to enclose in a few lines all the work and emotions that have characterized these weeks but we try anyway, trying to convey, as far as possible in a piece of writing, the commitment and great professionalism of our collaborators.

The days preceding these trips were a succession of contacts, phone calls, agreements, between the various people involved, some for one reason and some for another, in these expeditions.

Behind the scenes of a complex work performed in a workmanlike manner, there is always a deep collaboration between people.

We use cookies to offer you the best browsing experience possible. If you continue to use this site we assume that you agree to it.OKPrivacy policy